A downloadable game for Windows, macOS, and Linux

Samuel is having a hard time with things. He is currently enamoured of the young Melissa who lives nearby, but each time he seemingly gets a chance to get closer to her the opportunity is spoiled by the sudden onset of turning into a quivering mess and being unable to speak. Luckily he can rely on his brothers to support him, well maybe he can, if he helps them with their problems first. Will he and his brothers win the hearts of their respective fair maidens, or will they have to spend the rest of their lives alone...together. Its not easy being a chimera.

ChimeraTail is a BxG romantic comedy visual novel made in a week for #monstermash2014 game jam.

Samuel and his two brothers each make up one third of a single chimera.

Samuel, appointed as the 'Youngest' brother by democratic vote, is the sharp witted one. Generally easy going, and quick to try and lead, though the other two don't always listen, he always has a plan for any situation. Except when Melissa is involved. Then he throws caution to the wind, along with his ability to hold any sort of reasonable conversation...

Leo, the self proclaimed Eldest Brother, was always the straight forward one. Almost to the point of childlike simplicity. Always says what he thinks but doesn't always think about what he says.

Gordon, the appointed Middle brother, is the mild mannered one. Always acts polite and has the aura of a gentleman about him.

Melissa is a young Medusa who has captured, unbeknownst to her, the heart of our MC Samuel. She lives nearby and has known the Trio of brothers for a while now and word has it that she enjoys sports.

Not much is known about this young Harpy except that she only appeared in town recently...

Persephone is like the Big sister the three brothers never had. She has lived next door for as long as they could remember and has always treated them kindly. Not bad, for a Human.

characters, for an average of 6.4 words and 32 characters per block.

Also you can check out the official Monster Mash game page here. 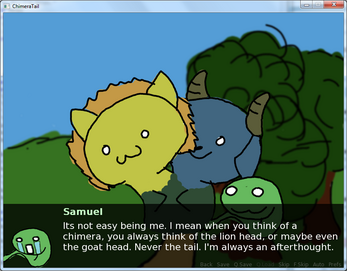 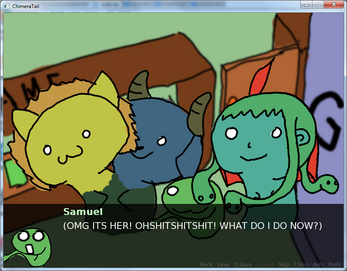 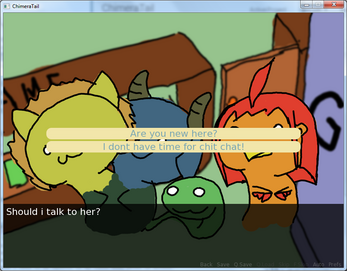 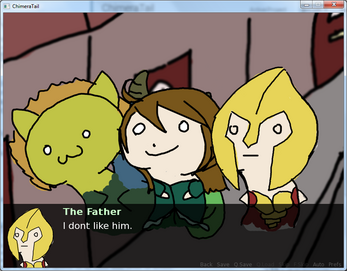